In our previous blog, Mini Bus Hire for Events, we discussed the many different events that are held here in Adelaide and why hiring a Mini Bus from SmartBus to get you there is a smart choice. Most of these events are held earlier in the year, with February, March and April providing the ideal weather. The major attractions coming up are the Adelaide Fringe, the Adelaide 500 and Tasting Australia.

The world’s second-largest annual arts festival is right here in Adelaide, the Adelaide Fringe. This year the Fringe is from 16th February to the 18th March. The Adelaide Fringe will feature more than 4,000 artists from all over the world. Over four weeks you can see premieres, hit shows and new artists. There are over 900 events staged in pop-up venues and established venues including Adelaide theatres, art galleries, cages and hotels. The pop-up venues are varied as well, from parks to warehouses and lane-ways to disused buildings.  There is sure to be something for everybody with a program that includes comedy, dance, theatre, cabaret, circus, film, music, visual art and design

Celebrating its 20th anniversary this year, Australia’s largest domestic motorsport event is right here in Adelaide, the Adelaide 500 (formerly the Clipsal 500). This is the motorsport enthusiasts dream event, with:

To top it off in the evenings we have great entertainment with Cold Chisel, Kasey Chambers, Live, Birds of Tokyo, Robbie Williams and Sheppard performing on stage.

See the Adelaide 500 website for details as to who is on when. Other entertainment during the days of the event includes the New Holland Split Rhythm, Australian Defence Force Display and a display of cars from over the past 20 years of the event. 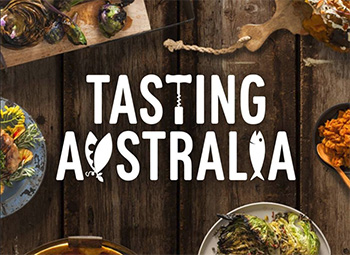 Australia’s most anticipated culinary festivals will be held across Adelaide and SA from the 13th to the 22nd of April. Tasting Australia celebrates South Australia’s food scene by highlighting our local and seasonal produce and the diverse cultural orgins. This festival is held over one week and in many different locations, from the Coffin Bay Yacht Club on the Eyre Peninsula, wineries in the Barossa Valley, McLaren Vale and other wine regions to many locations throughout Adelaide itself, there is sure to be something to entice your taste buds.

There are many other events happening too with WOMAdelaide, the Moonlight Cinema and the 2018 Australian Barefoot Waterski National Championships to name a few.

Why not gather a group, book a SmartBus minibus and go enjoy the events hassle free. You don’t need to worry about parking or drink driving if you indulge yourself. Your group travels together so you don’t need to worry about making plans to meet at certain places at certain times and you can enjoy yourself without trying to remember where you parked or if your permit time is about to expire.

We look forward to making your group outing a success.

We’ll contact you to confirm your details and finalise the booking.

No fuss. No bother. Just quality service from SmartBus.